Toxic medicine for the sake of beauty? The poison is in the dose.

Neuromodulators (BOTOX®, Xeomin®, Jeuveau®, and Dysport®) are all made from the Botulinum toxin that is produced by the bacteria Clostridium

botulinum, and yes, it is the same toxin that causes Botulism food poisoning that we associate with expired canned goods, and is the reason we don’t feed honey to infants. By weight, it is one of the most potent poisons on earth. A single gram of purified toxin has the potential to kill more than 1 million people. Botulinum toxin works by blocking nerve signals in the muscles. This causes the muscle to be temporarily paralyzed. The muscles eventually recover, and this is why treatment with neuromodulators is always only temporary and must be repeated every 3-4 months.

Fatality by Botulism poisoning happens when a person ingests the bacteria C. botulinum which takes up residence in the body and begins producing unchecked amounts of toxin. The effects of Botulism poisoning move from top to bottom: fatigue is followed by blurry vision, droopy eyelids, difficulty swallowing and speaking, then weakness of the neck and arms. When this toxin eventually reaches the respiratory muscles, they become paralyzed and the lungs cannot inflate, essentially causing suffocation. Botulism poisoning is treatable with an antitoxin, and since the effects of muscle paralysis are temporary recovery will happen with time. 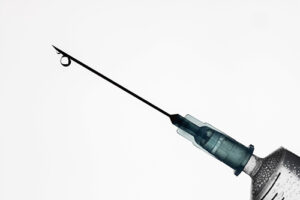 So why isn’t Botox poisonous?

The LD50 (the lethal dose that will kill 50% of subjects) of Botulinum toxin is estimated to be approximately 7-14 nanograms for a 160lb human via injection. This amount is an estimate based on animal models since it’s unethical to study lethal doses on humans. 7 nanograms is the same as 0.000000007 grams, or 7×10−9 grams. That is less than the weight of a grain of sand. This is why a single gram has the potential to harm over 1 million people. However, the amount of toxin used in a standard treatment of Botox is 50 times less than this.

One single 100 Unit vial of BOTOX® (the brand) contains 0.73 nanograms of Botulinum neurotoxin. That means it will take at least 10 whole vials to approach a lethal dose. The typical amount used for a treatment area, like the forehead, is 20 units, which is 1/5th of the vial. So a lethal dose is at least 50 times the standard dose.

The other ingredients contained in a standard vial are available from the FDA and consist of 0.5 mg of human serum albumin (a natural protein found in human blood), and 0.9 mg of sodium chloride dried into a powder.

Let’s compare this to a common medicine that’s probably in your bathroom cabinet right now: Acetaminophen, commonly known as Tylenol. For an average adult, it is safe to take up to 4 grams of Tylenol in a 24-hour period. The toxic level of Tylenol is 12 grams taken all at once. That is only 4 times the standard dose, which means a single bottle of Tylenol contains several toxic doses that can cause severe liver damage. In fact, Tylenol overdose is one of the most common poisonings and has become the most common cause of acute liver failure.

BOTOX® has its own security guards 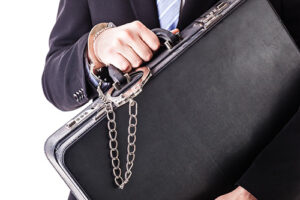 Because of the extreme toxicity of Botulinum toxin, Botox-products are manufactured under the strictest security protocols. Botulinum toxin is such a potent poison that it is on the CDC’s list of heavily regulated substances and is classified as a Category A Bioterrorism agent. Therefore, every speck of the substance must be accounted for at all times. The “source-drug”, the primary strain of C. botulinum bacteria that all Botox-products are derived from (specifically the Hall Strain), is kept at a secret facility located somewhere in the United States.

There is ONE manufacturing plant in the world that produces the entire supply of BOTOX® (the brand) and it is located in Westport, Ireland. (The other Botox-products (Dysport®, Xeomin®, and Jeuveau®) are manufactured at their own facilities.) A shipment of the “source-drug” is escorted from its secret location to the Irish facility on a private jet with a retinue of security guards. Less than 1 gram of toxin is required to make a year’s supply of BOTOX®. At the facility, workers wearing bunny suits, goggles, and gloves work through glass windows to dilute the toxin to miniscule amounts and repackage it into individual vials for distribution around the world. The whole process is carefully monitored by cameras for accuracy and quality control, and each batch is tested for sterility.

Botox is safe when administered by a licensed medical professional 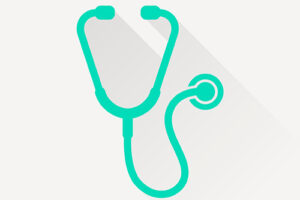 All medical procedures have an inherent potential for harm, which is why you should only receive treatment from a licensed and trained medical professional, someone who has been trained to recognize security and safety precautions and to administer appropriate doses.

The training to administer Botox-products includes hours of classroom discussion about safety, security, appropriate dosing, recognizing side effects, recognizing who is and who is not a good candidate to receive it, proper injection technique, safe maximum doses, and an understanding of the anatomy of facial expression. A failure in any one of these areas increases the potential to harm a patient. Training also includes supervised injections performed on real patients, and all injectors must meet minimum standards to be deemed “safe injectors”.

Aside from my naturopathic medical training at the National University of Natural Medicine, I received aesthetic specific training from Aesthetic Medical Educators Training (AMET) which included several hours of classroom and hands on training, as well as continuously learning on my own time from various sources, textbooks, and other practitioners. Aesthetics education is always an ongoing process, for your safety and mine.

About the Author: Dr. Christina Baghdanov

Dr. Christina Baghdanov is a formally trained and licensed Naturopathic Physician with a special interest in skin health, skin rejuvenation and medical aesthetics. She completed 5 years of primary care medical training at the National University of Natural Medicine in Portland OR, and aesthetics-specific training from Aesthetic Medical Educators Training.

Page load link
We use cookies on our website to give you the most relevant experience by remembering your preferences and repeat visits. By clicking “Accept All”, you consent to the use of ALL the cookies. However, you may visit "Cookie Settings" to provide a controlled consent.
Cookie SettingsAccept All
Manage consent

This website uses cookies to improve your experience while you navigate through the website. Out of these, the cookies that are categorized as necessary are stored on your browser as they are essential for the working of basic functionalities of the website. We also use third-party cookies that help us analyze and understand how you use this website. These cookies will be stored in your browser only with your consent. You also have the option to opt-out of these cookies. But opting out of some of these cookies may affect your browsing experience.
Necessary Always Enabled
Necessary cookies are absolutely essential for the website to function properly. These cookies ensure basic functionalities and security features of the website, anonymously.
Functional
Functional cookies help to perform certain functionalities like sharing the content of the website on social media platforms, collect feedbacks, and other third-party features.
Performance
Performance cookies are used to understand and analyze the key performance indexes of the website which helps in delivering a better user experience for the visitors.
Analytics
Analytical cookies are used to understand how visitors interact with the website. These cookies help provide information on metrics the number of visitors, bounce rate, traffic source, etc.
Advertisement
Advertisement cookies are used to provide visitors with relevant ads and marketing campaigns. These cookies track visitors across websites and collect information to provide customized ads.
Others
Other uncategorized cookies are those that are being analyzed and have not been classified into a category as yet.
SAVE & ACCEPT
Go to Top